The Spine of the World 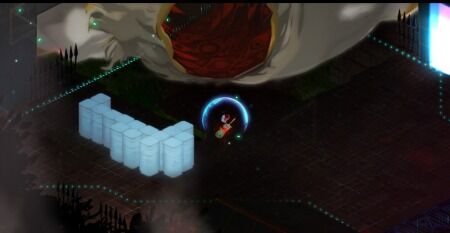 Red holds the Transistor after defeating the Spine.

The Spine of the World, when encountered in-game, is a massive Processed creature. It affects The Transistor when nearby, rendering the Transistor dazed and causing it to slur its words and lose track of its surroundings -- almost like a drunken state. It attacks Red with its tail at first, randomly piercing through walls and structures, and even smashing down at her from above. She is eventually able to fight the main body and destroy it from within, "breaking its heart" as she promised The Transistor she would do at an OVC Terminal.

Before the events of the game, the Spine was apparently some sort of landmark or structure within Cloudbank. It is referenced in Red's song, The Spine, and The Transistor is heard stating, "The Spine of the World..." upon seeing the creature in the distance.