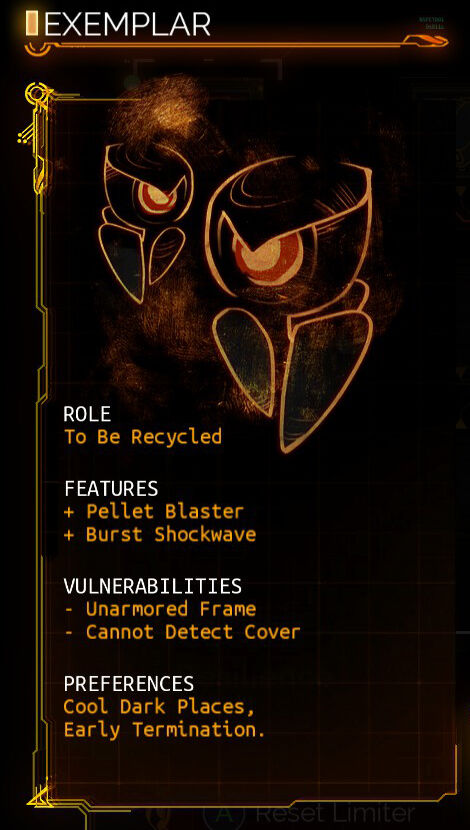 Badcells are a form of The Process. When a Cell is reborn, Badcells spawn from the incomplete or damaged regeneration. They look very similiar to Cells, but are made of black metal instead of white. They attack by shooting small black pellets that also slow the target. The explosions that trigger when they are destroyed slow the player if hit by them.

< !-- the cells, they spoil! they spoil like, well, like anything that spoils except instead of spoiling they they become something else, something they don't seem to want to be. this is no conversion but a total metamorphosis, it cannot be reversed as far as i can tell. once the cell has shifted to this form, then all that remains is for it to expel its stored potential, like a last breath. back into the ether i suppose. some form of self defense? royce --! >